The year is 1953 and for the first time the Notts & Derby Traction Company now had their own fleet of motor bus vehicles. Originally it was intended that twenty five Bristol KSW6G buses with ECW 60-seat highbridge bodies would be supplied. This was reduced to fifteen as twelve AEC Regent III with Weymann 56-seat bodies were transferred from the Mansfield District Traction Company. 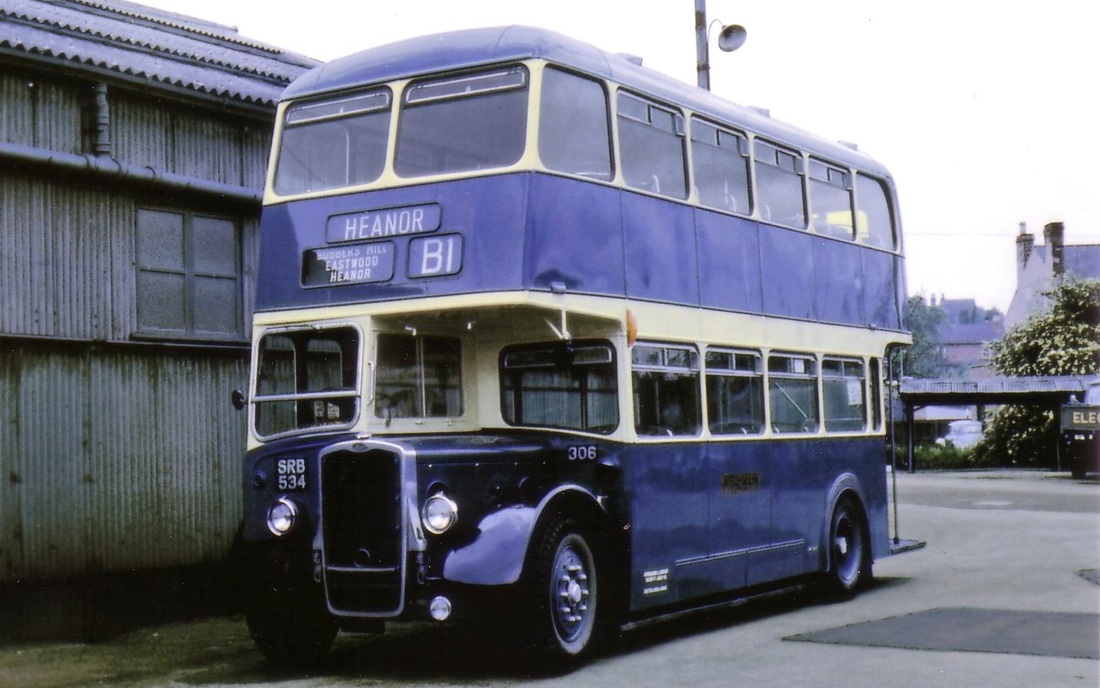 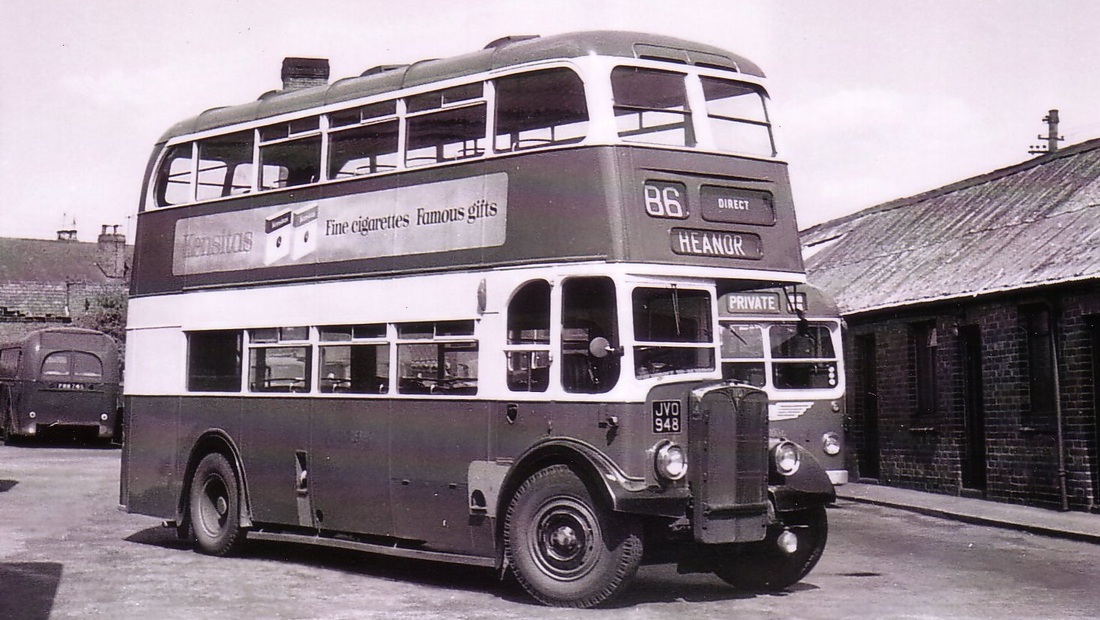 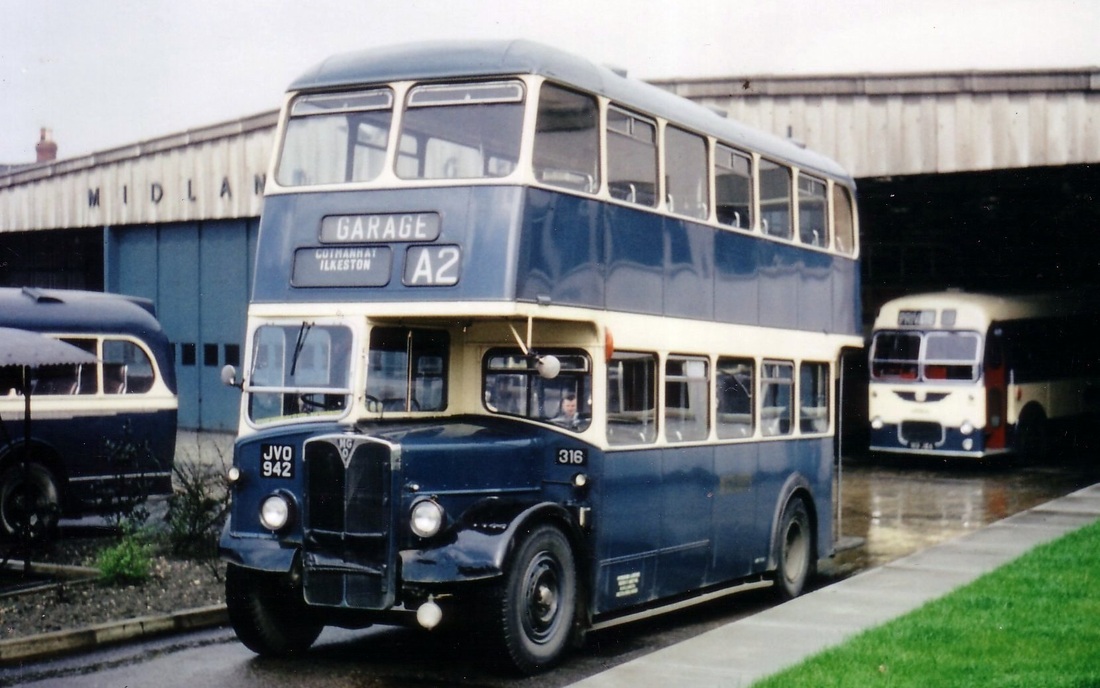 Notts & Derby JVO 942, fleet number 316, AEC Regent III. Originally built with a Weymann H30/26R body, the vehicle was re-bodied, as seen
here, by Eastern Coachworks in 1955 following severe accident damage.
Pictured newly refurbished on the exit driveway of Ilkeston, Bath Street Garage in 1955. Note the 'MGO' and not an 'NDT' badge on the radiator. 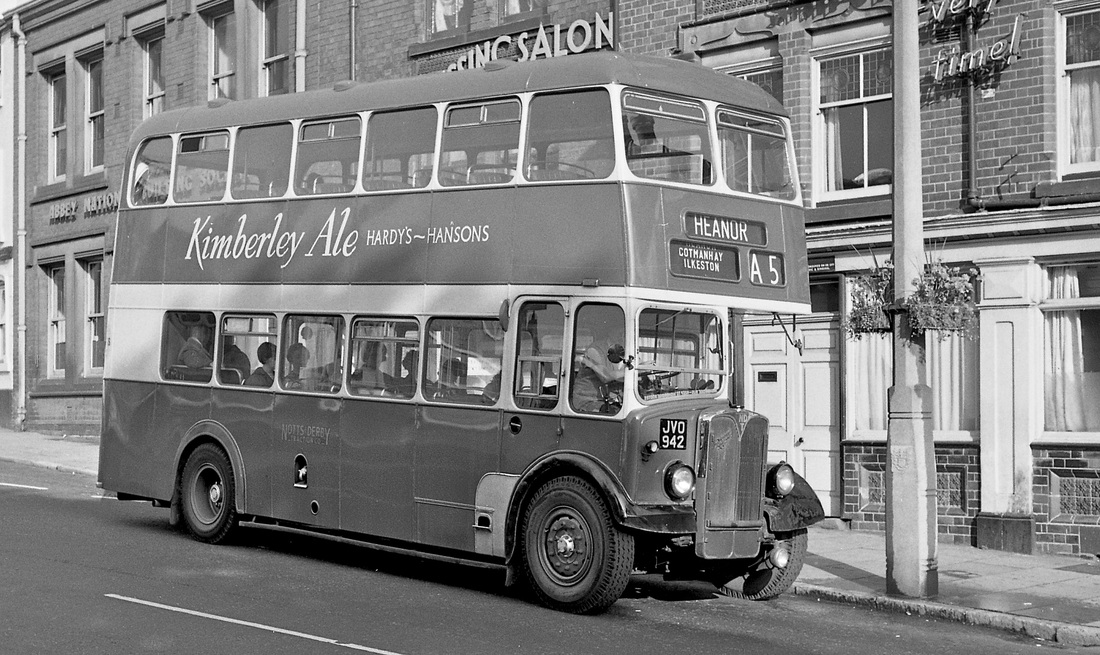 Another view of Notts & Derby JVO 942, fleet number 316, AEC Regent III with ECW replacement body. Pictured on Bath Street, Ilkeston on the A5 Hallam Fields, Ilkeston to Heanor via Cotmanhay service. New to Mansfield District Traction Company in 1948 it was number 146 in their fleet. Transferred to Notts & Derby in 1953. 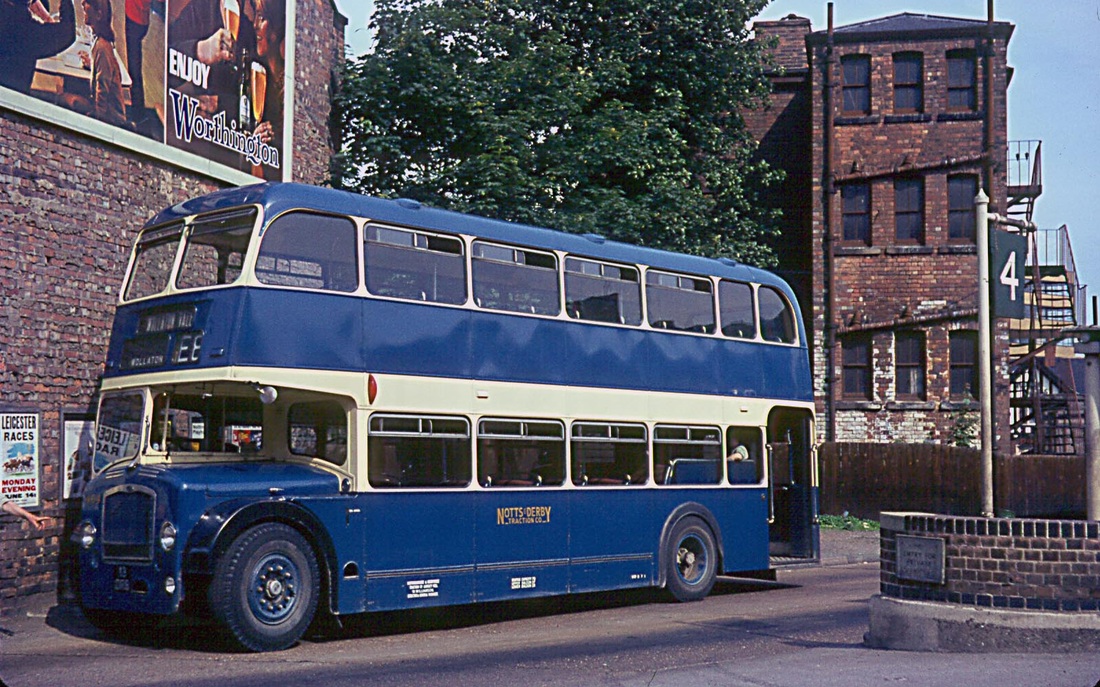 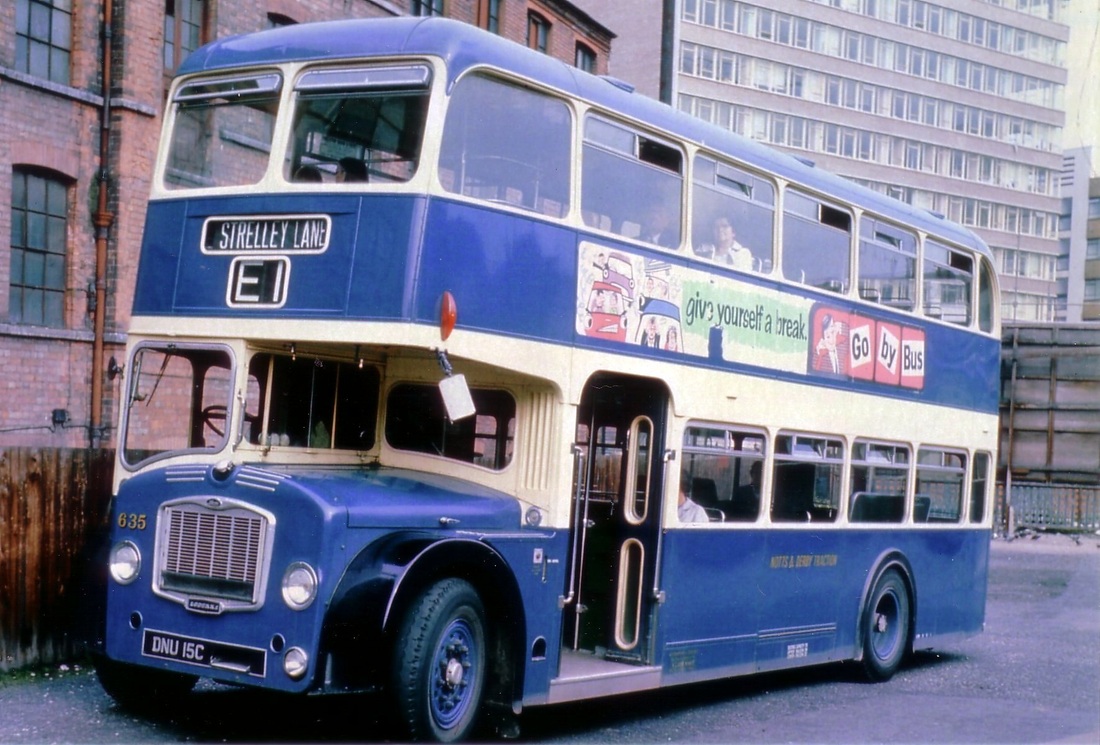 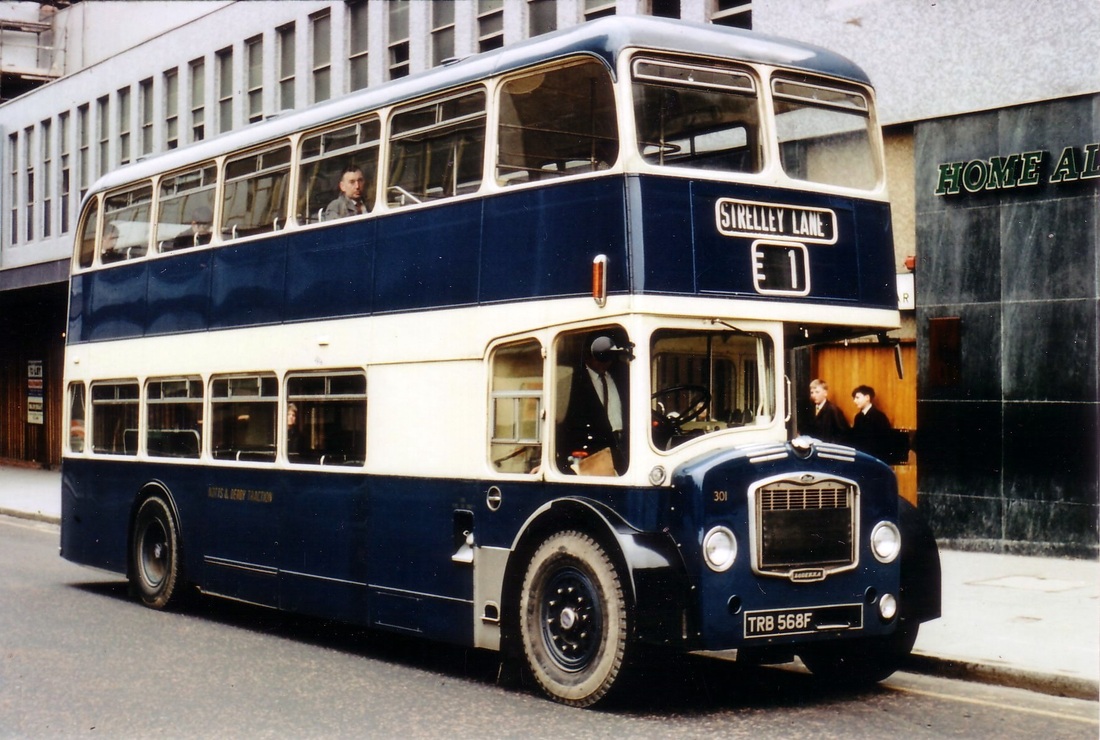